The Convention on the Constitution is recommending allowing Irish citizens abroad the right to vote in Irish Presidential Elections.


THE CONVENTION ON THE CONSTITUTION IS RECOMMENDING ALLOWING IRISH CITIZENS ABROAD THE RIGHT TO VOTE IN PRESIDENTIAL ELECTIONS. 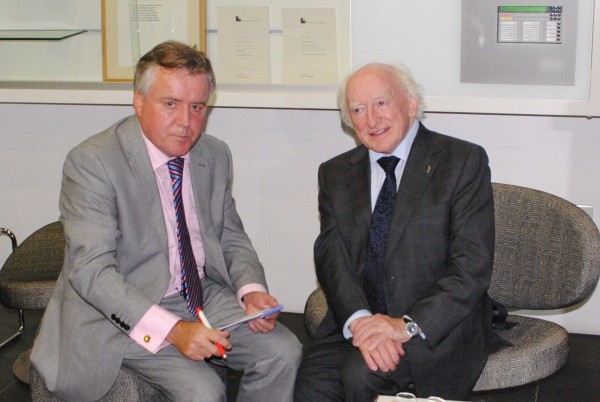 At a conference in Malahide, North Dublin, held over the last few days members voted overwhelmingly in favour of allowing Irish citizens living outside the State – including those in Northern Ireland – to cast a ballot in presidential elections.

The opinions of representatives of Irish communities living in Britain,  Canada, Australia, France, Germany, Northern Ireland and the USA were heard live via video link-up.

Gerry Molumby, a great friend to the Celtic and Irish Cultural Society and a tireless campaigner for votes for Irish overseas said in a statement afterwards “Mission Accomplished”

Gerry went on to say ” I am full of joy, to be at last ‘counted’ as still an Irishman even though I live outside the state. The Irish presidency has matured greatly in the past 20 or so years thanks to Mary Robinson and Mary McAleese, they have embraced literally the diaspora and asserted our contribution on a positive image of Ireland Abroad. We have gone from seeing the light in the window of the Aras to a ‘welcome on the mat’. “

Tom Arnold, chairman of the Constitutional Convention said: “This is an incredibly important issue that is hugely relevant to thousands of Irish citizens living all over the world and this was very clear throughout the entire process.”

The Government must now decide whether to hold a referendum. A detailed report will now be compiled containing all of the evidence that was presented over the weekend and the recommendations of the Constitutional Convention will go to Government.

Tom Arnold added “We witnessed a very thorough and detailed examination of the issues associated with extending Presidential voting rights to citizens who are resident outside of the State.

“This has been a powerful weekend where we utilised new technologies to gather a broad range of views and opinions on the subject from around the world. Through our live video link-up with representatives of Irish communities in various parts of the globe, we were offered a unique and powerful insight into the views of the diaspora on citizenship and their thoughts on the extension of voting rights.

“We were astounded with the size of the response and the strength of opinion on the issue. In preparation for this weekend, we considered thousands of these responses and built them into our analysis.

“Following this outcome, we will now be lodging a formal report with Government notifying them of the recommendation of the Convention regarding Presidential voting rights for Irish citizens who are resident abroad.” 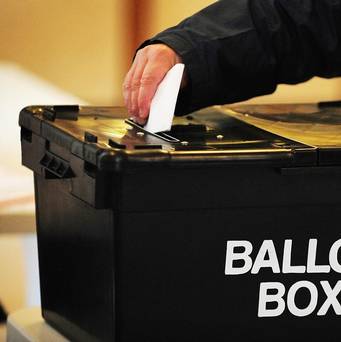 Irish citizens abroad to be given the right to vote in Presidential elections.

The Questions asked were

Should citizens resident outside the State have the right to vote in Presidential elections?

On this question members voted:

Should citizens resident in Northern Ireland have the right to vote in Presidential elections?

Which of these citizens living outside the island of Ireland should have the right to vote in Presidential elections? (Mark X in ONE box)

o All Irish citizens resident outside the island of Ireland

o Just citizens who have lived in Republic of Ireland.

On this, members voted:

o All Irish citizens resident outside the island of Ireland – 36%

o Just citizens who have lived in Republic of Ireland – 26%

If there should be a time limit on how long citizens resident outside of the island of Ireland can have a vote, what should that be? (Mark X in ONE box)

o Voting rights only for 5 years abroad or less

On this, members voted:

The Convention on the Constitution was established by Resolution of both Houses of the Oireachtas. Its membership of 100 includes 33 elected representatives and 66 members of the public.

Its purpose is to consider and deliberate on eight separate matters on which it will make recommendations (as possible future amendments to the constitution) and report to the Houses of the Oireachtas.