The Crawley Irish Festival to take place in the grounds of The Hawth Theatre on Sunday 25th August.

As the CRAWLEY IRISH FESTIVAL enters its 18th year the Celtic and Irish Cultural Society are delighted to join forces with The Hawth Theatre in organising the much looked forward to event on Sunday the 25th August. 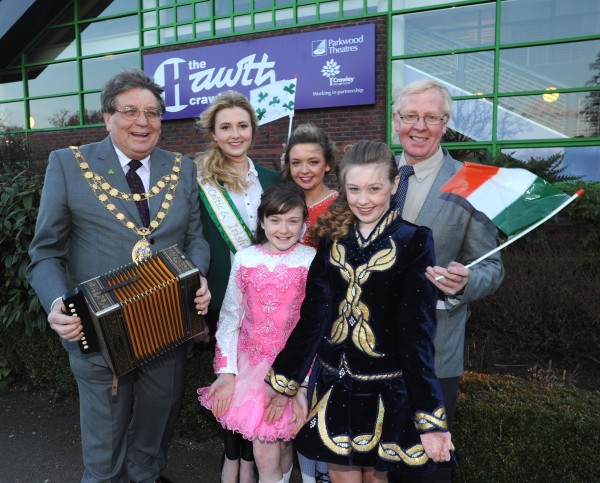 At a packed Spotlight Room at The Theatre on Easter Monday the announcement was made in the presence of His Worship, Mayor of Crawley, Councillor Keith Blake. 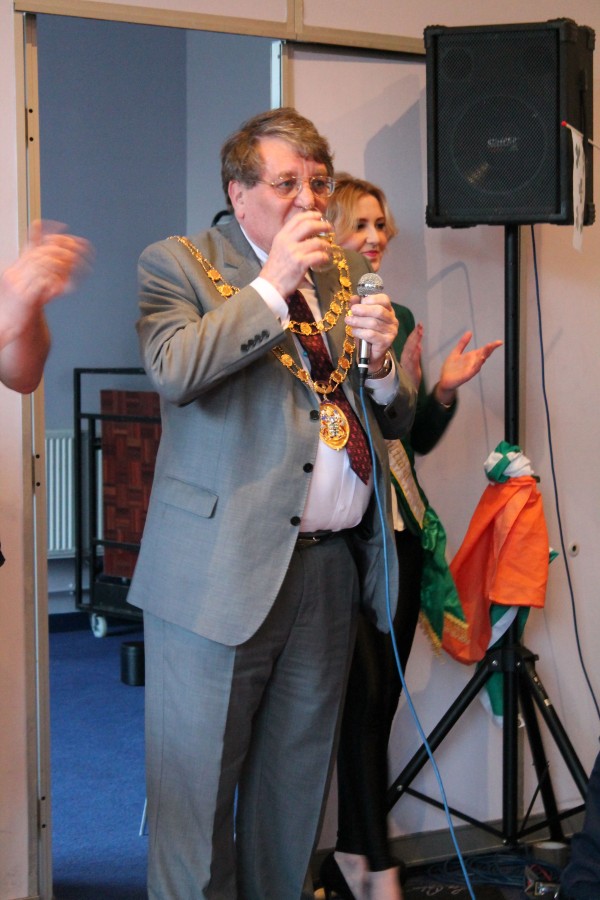 The Mayor of Crawley Cllr Keith Blake toasts to the success of the festival.

The festival the only one of its type in the South East of Britain and the longest running cultural event in Crawley has built a reputation as a great family day out over the August weekend.  And with free admission a great day  fun is guaranteed. Although the line-up has yet to be confirmed the festival will see eight hours of music from Ireland’s tops entertainers mixing it with London based bands and popular local groups adding a real ‘Feadh Ceoil’ experience to the day. 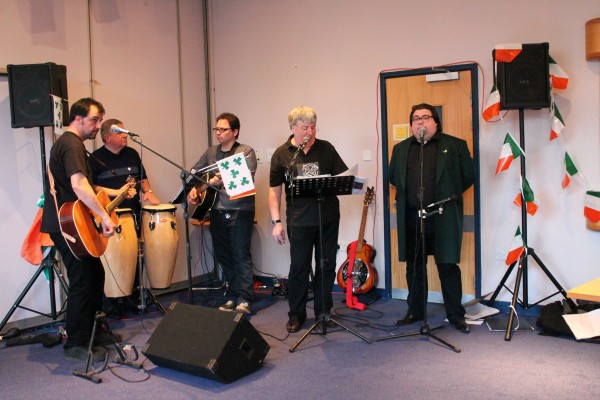 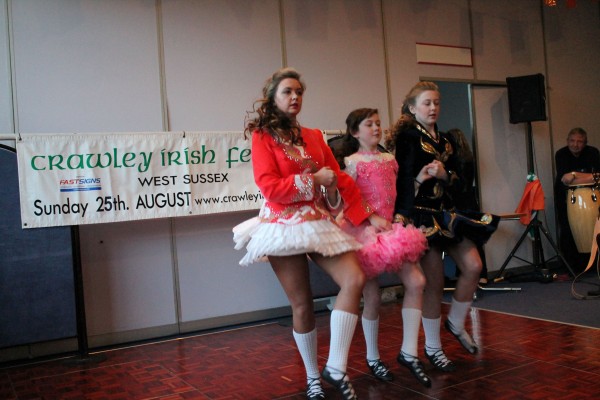 Audience are treated to a fab display of Irish dancing by sisters Tara, Meave and Niamh Mooney.

The younger element of the community are well catered for with a free special children’s entertainment marquee involving games, song and story and art workshops with particular emphasis on Irish traditions and folklore.

In addition, sport and cultural identity are each featured prominently with various food and craft stalls and displays with GAA sports shown on the big screen.

John Nolan of the organising committee said… “We are delighted to be involved with The Hawth Theatre and  would like to thank Dave Watmore, Steve Crane and the staff for their help and support in making the 18th Annual event possible.  We want to make the festival a real success where both parties can be proud of and would like to see this continued in the future.”

The Mayor of Crawley, Cllr Keith Blake wished the CICS a great festival day and made a toast to a successful event.

The general manager of the Hawth, Dave Watmore said “We welcome the Celtic and Irish Cultural Society to the Hawth Theatre and  look forward to working with them. They have contributed alot  to the cultural make-up of the town in the way they encourage cultural co-hesion and wish them a successful event”

The Celtic and Irish Cultural Society (C,I,C,S,)  have found that in these austere times the need to develop partnerships and help share resources with the arts and cultural forums such as the Hawth and now that the Theatre is open during the months of August all this is now possible.  The organisers saw it being difficult lately to make ends meet and the heavy restrictions with health a safety and the drop off of volunteers and helpers didn’t help. The Hawth has the resources to help with this.

The Hawth and its grounds lend itself well to a great festival venue. The layout of the externals with its soft and hard landscaping allows for the many requirements of the event.  Access to the Hawth and parking is good. It’s well bounded and safe and the man-made amphitheatre at the rear is only crying out for the main music stage. The premises has a large marquee that is built especially for the Summer Months and the ideal place for the traditional stage. The Spotlight room is to be adapted for the Festival ceili and the Studio will facilitate the Irish Dance competition.

The Hawth’s many rooms now make it possible to have music and dance workshops. And if the weather is going against us we can go for Option B and move inside. It’s a ‘win win’ situation for all.