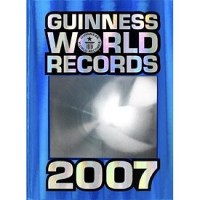 The Celtic and Irish Cultural Society would like to congratulate the Mullins School of Irish Dancing on their recent entry into the Guinness Book of Records. In July 2006, dancers from the local dance school took part in the largest outdoor dancing event of the year, live on BBC One, when they performed the longest ever Riverdance line alongside Irish dancers from across the UK. Congratulations to all the dancers who took part.

The Guinness Book of Records contains an internationally recognised collection of world records, both human achievements and the extreme of the natural world. The book itself holds a world record, as the best-selling copyrighted series. The book started its life at County Wexford in 1951: the director of Guinness, Hugh Beaver, was involved in a heated argument about the fastest game bird in Europe.

Beaver believed that there must be numerous other questions debated nightly in the 81,400 pubs in Britain and in Ireland, but there was no book with which to settle arguments about records. He realised then that a book supplying the answers to this sort of question might prove popular. In 1954, the first Guinness Book of Records was published: 1,000 copies were printed and given away.

The following year, the first 198-page edition was published in August and reached the top of the best seller lists by Christmas. The following year, the book was launched in the USA and sold 70,000 copies. After the book became a surprise hit, many further editions were printed, eventually settling into a pattern of one revision a year, published in October to coincide with Christmas sales.

So, there you have it: the Guinness Book of Records was originally conceived to settle arguments in pubs. For the record, the longest Riverdance line was at Trafalger Square, 22 July 2006 and dancers from Crawley were there to take part with over 100 others!

The Mullins School of Irish Dancing is one of three Irish dance schools that operate in Crawley and the surrounding area. If you would like your children to get involved with Irish Step Dancing you can find out more at www.celtic-irish.co.uk. If you fancy a copy of the Book of Records, why not do your Christmas shopping at Amazon by visiting www.celtic-irish.co.uk/shop.