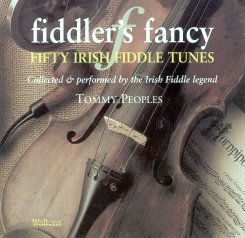 Master Irish fiddler Tommy Peoples from Donegal has accepted an invitation from KentFolk to visit the South East of England during the Summer of 2007, as a Fiddlers Various special event.

Tommy Peoples was an early member of the Bothy Band, and has recorded numerous CDs (discography: a, b), some of which fail to do him full justice, and from some of which he has received little or no financial recompense.

His remarkable self-produced CD “The Quiet Glen” (1998) earned him Ireland’s highest accolade as “Traditional Musician of the Year”,the first person to be so honored by the Irish Government. In spite of this he is an intensely modest man.

More info about the workshops and concerts are listed at www.KentFolk.com/FiddlersVarious/